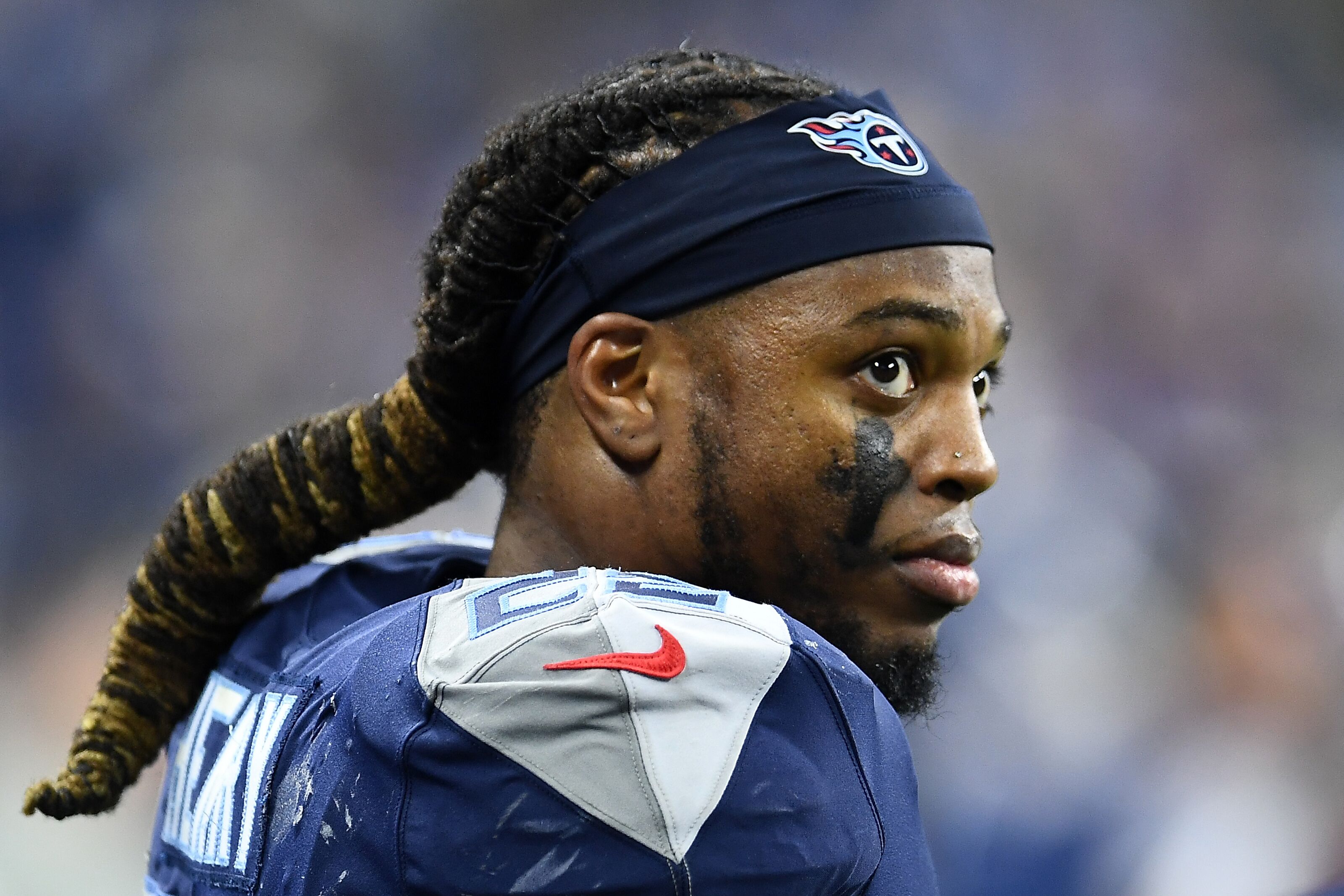 Derrick Henry is having the best season of his NFL career in the final year of his rookie contract. The Tennessee Titans running back is about to make bank.

When Derrick Henry entered the 2016 NFL Draft, there was little doubt that he’d be able to pound the rock with conviction, but the question was how much tread would be left on the tires after Nick Saban was done using him. Henry won the 2015 Heisman Trophy as the Alabama Crimson Tide’s bell-cow back en route to a national championship. He would end up a second-round pick.

Henry bruised and powered his way in the always-tough SEC. Though running backs like Nick Chubb, Leonard Fournette and Sony Michel were bigger household names than him entering the 2015 NCAA season, it was Henry who set the college football world on fire. He will forever be a legend in Tuscaloosa and in the SEC, but the NFL chapter of his career was a tad murkier.

Henry would be the No. 45 overall pick by the Tennessee Titans. After playing in more of a backup role during his first two years in the league, Henry became a 1,000-yard rusher for the first time in his career in 2018. This included a 99-yard touchdown run against the division rival Jacksonville Jaguars on Thursday Night Football in his breakout campaign.

By year three out of Alabama, Henry had arrived, but did he have staying power as a bell-cow back in the NFL? Flash forward to 2019 and Henry has set career-highs in carries with 232 and rushing yards with 1,140. He is only one touchdown off his career-best mark of 12 he set last year. With four games remaining in 2019, Henry is poised to make a killing in his impending free agency.

The soon-to-be 26-year-old has one more big contract left in his NFL career. Perhaps Henry is the type of tailback that doesn’t age, much like Frank Gore of the Buffalo Bills, the NFL’s third all-time leading rusher. However, it’s rarely a good proposition to give even the best running backs serious coin in years past their 28th birthday. Could Henry be the exception? Regardless, he’s getting paid.

Henry turns 26 on Jan. 4, meaning he’d have three full NFL seasons before his 29th birthday. Given that he wasn’t driven into the ground during his first two years out of Alabama with the Titans, Henry may have more tread on the tire at this stage of his career than even the most astute of NFL fans could realize. Henry is the type of back who could play into his early 30s if he wants to.

No, it’s not just him playing his best football in the final year of his rookie deal that will lead to him garnering a huge contract this offseason, but it helps, given the team that he’s playing for. Tennessee has caught fire since Ryan Tannehill was named the Titans’ starting quarterback over fellow Heisman Trophy winner Marcus Mariota. Tennessee might win the AFC South this year.

So the Titans will be playing in four very meaningful games this December. With the Titans offense being largely ground-centric, guess who will have the most eyes on him during the Tennessee’ playoff push? Henry. He will have a few suitors that are willing to pay him top-dollar in free agency. The question is if the Titans are one of them.

If the Titans do not bring back Henry on a second contract, it means one of three things. First, the Titans don’t think he has a lot left to give. If they don’t think Henry will be the same running back in his late 20s as he has been in his mid-20s, then buyer beware.

The second reason Tennessee may be out on the Henry free-agent sweepstakes is some other team in desperate need of a bell-cow back will grossly overpay him. There is nothing worse in football than dumb teams that can’t draft well and have a ton of available cash to spend in free agency on someone else’s players. Being the richest man at a garage sale isn’t always great.

Lastly, the third reason Tennessee could move off Henry in 2020 is general manager Jon Robinson and head coach Mike Vrabel believing in their ability to draft another excellent back. The Titans hit with Henry. Who’s to say they can’t find their next bell-cow in the second or third round out of another Power 5 institution.

In truth, Tennessee will likely end up being in the mix to land Henry in free agency. With the Titans almost certainly moving off Mariota this offseason, Tennessee may have enough financial resources to pay a slight premium to bring back Henry on a second contract. Besides, he’s a fan favorite in Nashville and the epitome of the Titans’ offensive identity as a football team.

Next: Top 15 Heisman Trophy Winners With The Best NFL Careers

Should Henry have one or two more good games for the Titans this season, he’ll make his first career trip to the Pro Bowl, which will only help elevate his free agency market. If Henry remains a reason the Titans keep winning, his team will make the playoffs and that’ll only add more money for him and his agent to ask for at the negotiating table. It’s good to be Henry in 2019.