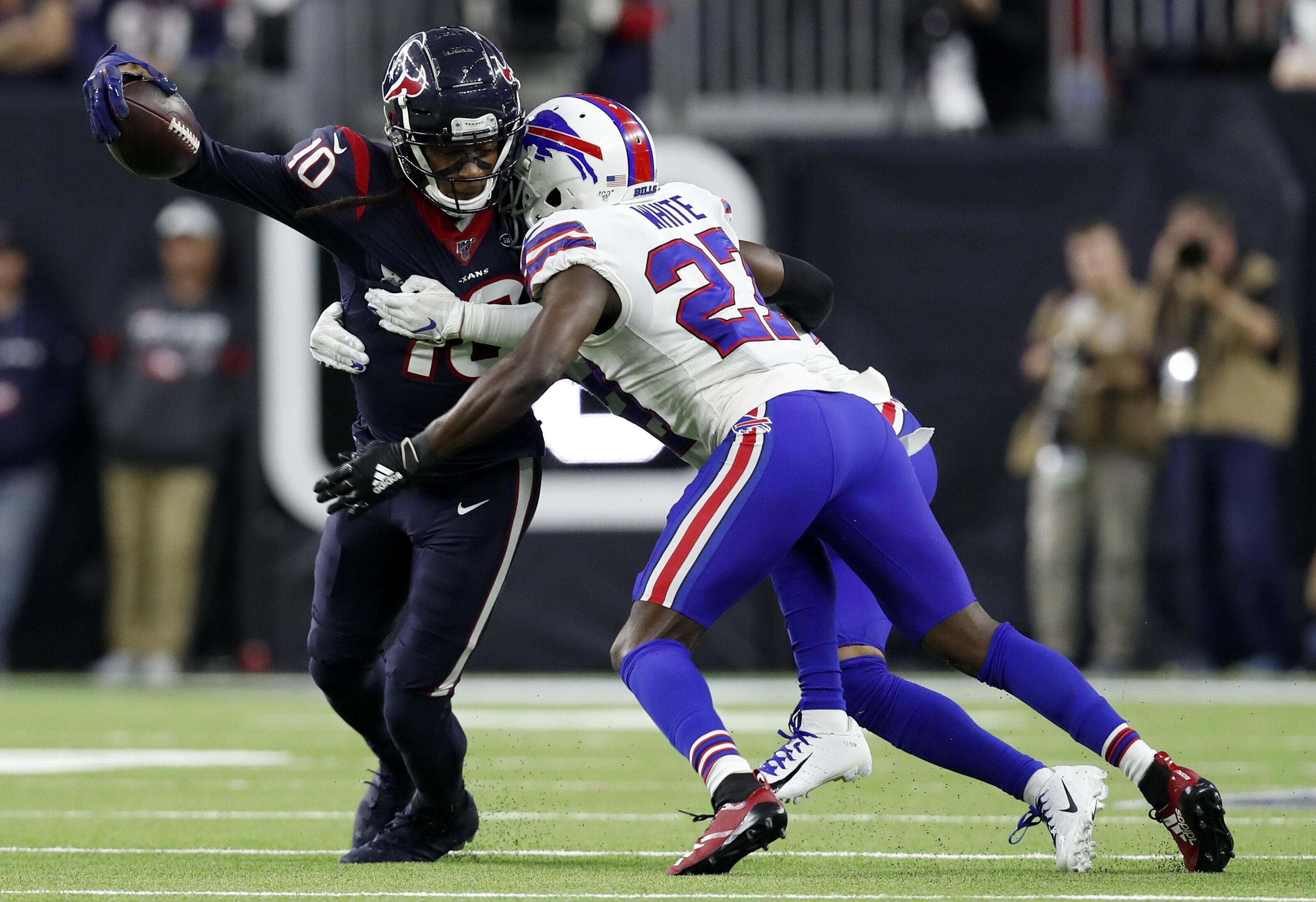 The Wild Card showdown between the Buffalo Bills and Houston Texans was absolutely bonkers, but which moment was the craziest of them all?

There is good football, and there is wacky, crazy, bad, insane, what-the-hell-did-I-just-watch football. The Wild Card showdown between the Buffalo Bills and Houston Texans definitely falls into the latter category, with enough craziness to fill a full four quarters of action.

We should have known that we were in for something strange when Josh Allen caught a touchdown pass in the first quarter, but when the referees nearly awarded a touchdown to the Bills on the opening kickoff of the second half when the Texans’ returner flipped the football down, this game went full off-the-wall bananas.

Flash forward to the Buffalo drive after Houston took its first lead of the game, making it 19-16. Josh Allen drove the Bills down the field and had them in field goal range with a 3rd and 13 on the Texans’ 28 only to lose 43 yards on two plays courtesy of an intentional grounding and a sack on 4th and 27, which the Bills went for instead of punting with all three timeouts.

All the Texans had to do to seal a win was pick up a first down, but facing fourth and one at the Buffalo 30-yard-line, Houston head coach Bill O’Brien tried to go for the win. Deshaun Watson couldn’t pick up with the first down on a sneak, giving the ball back to Buffalo.

Allen immediately went to work, running for a long first down but tried to lateral the ball to another player when he was being tackled . . . with over a minute on the clock. The ball ended up being batted out of bounds, and Buffalo would extend the drive on a questionable first down call before tying the game late, sending it to overtime. Allen himself was responsible for quite a bit of the wackiness in this game.

The Texans would end up surviving thanks to magic from Watson, who converted a 3rd and 18 (admittedly with the play clock at double-zero before the snap, which the refs missed) and made incredible plays like this . . .

Ka’imi Fairbairn’s 28-yard field goal finally stopped the madness by giving the Texans the win, but this is a game that will live on forever in the minds (if not necessarily hearts) of NFL fans.