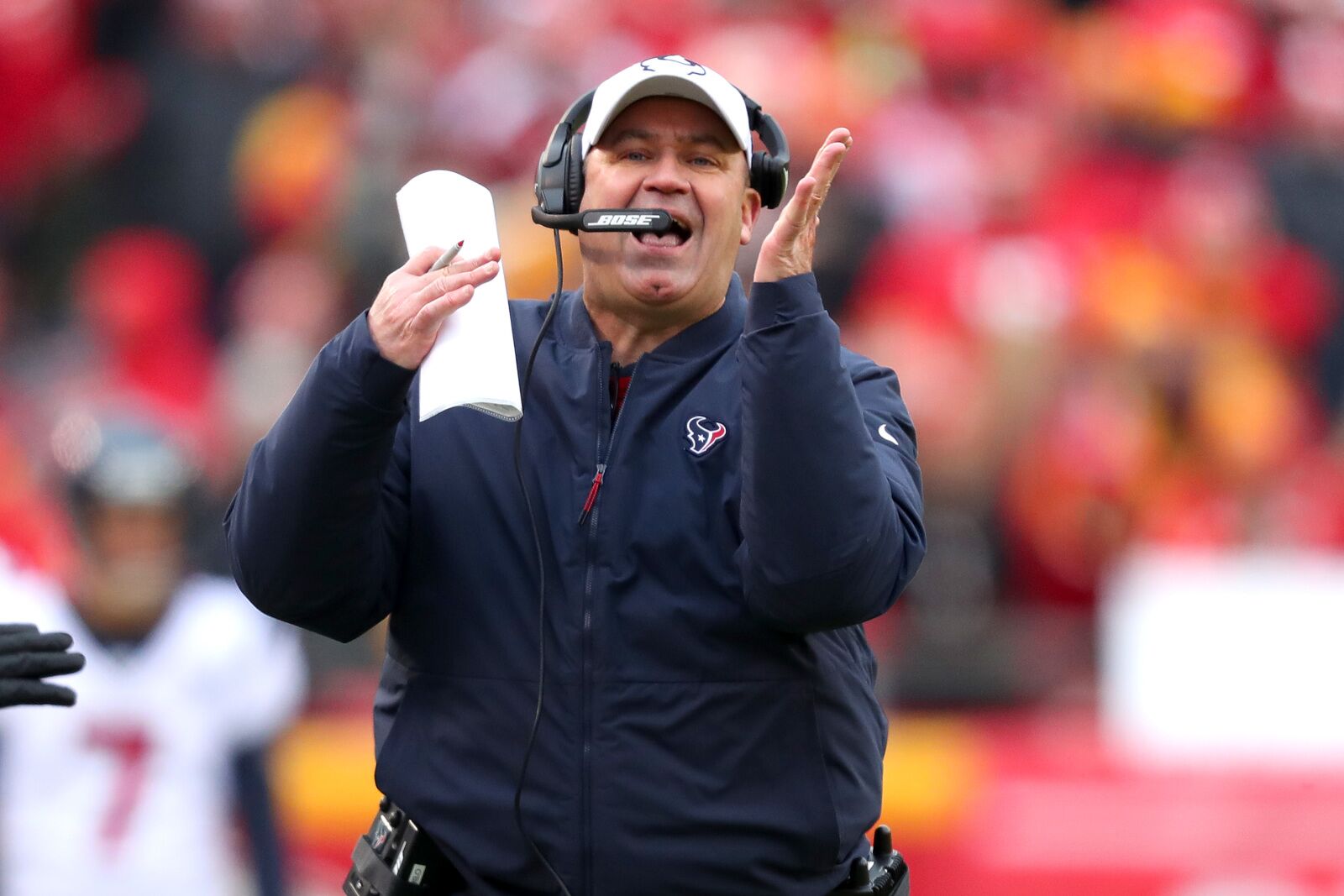 This was Bill O’Brien’s golden opportunity to change his perception. He blew it, just like his team did on Sunday. The Houston Texans need an upgrade.

Bill O’Brien had his moment. He blew it in epic fashion.

O’Brien’s Houston Texans held a 24-0 lead on the road at Arrowhead Stadium on Sunday afternoon. Houston pummeled the Kansas City Chiefs in the first quarter and looked to have punched its ticket to the first AFC Championship game appearance in franchise history. All the Texans had to do was take care of business for the final three frames. Instead, we just saw the biggest football collapse in some time.

Kansas City caught fire offensively, as Chiefs quarterback Patrick Mahomes would throw four touchdowns in the second quarter before halftime to take a stunning 28-24 lead into the break. Kansas City scored 41 unanswered points, as the Chiefs put up over half a hundred on a pitiful Texans defense.

Straight up, this loss should cost O’Brien his job after six years in Houston.

No, it was not losing to the Chiefs that will inevitably cost O’Brien his job, but it was the manner in which the Texans collapsed down the stretch. Opting to kick the 31-yard field goal with Ka’imi Fairburn to make it 24-0 instead of going for it on fourth-and-1 was strange, but to go for it from your own 31-yard line on a fourth-and-4 tells you everything you need to know about O’Brien’s status.

Under O’Brien, the Texans can go 10-6 or 9-7 and win the AFC South two out of every three years. Assuming they get a favorable matchup at home on the first game of Wild Card Weekend, maybe the Texans can get to the Divisional Round? But after that, this team has hit its definite ceiling under O’Brien. They don’t belong playing for the right to go to the Super Bowl under his watch.

His team was outgained by the opposition this year. The Texans were the most consistently inconsistent team in the NFL this season. They don’t have a general manager and we’ve seen coaching malpractice for far too often down on the Gulf Coast. Houston has a star quarterback in Deshaun Watson and a top-tier wide receiver in DeAndre Hopkins. Yet, its talent is being wasted.

With the Titans having found the special sauce under second-year head coach Mike Vrabel, as well as having another elite coach in the division in Frank Reich of the Indianapolis Colts, the Texans’ days as perpetual AFC South champs are coming to an end under this current coaching regime.

Houston has the talent to be so much better than what we’ve seen.

Ravens releasing Tony Jefferson opens space for offense
Patriots, Raiders, Chargers favored to sign Tom Brady
Patrick Mahomes is watching NFL Network’s Mahomes Marathon
Tom Brady to the Titans would actually be a great fit
The saga of an Atlanta sports fan: Woe be unto thee who enter this city